Your page? Unpause your account to remove this banner.

Yes, I’d like to speak with Anna to learn more!
NOTE: Each group is limited to 18 participants

A Transformational Leadership Program for Veterinarians,
Vet Nurses, Front of House staff and admin or HR Managers
Chrysalis is a leadership training program designed to transform your veterinary organisation’s key people into highly effective team leaders. Created specifically for your team members, Chrysalis enables participants to clearly identify their strengths and areas for development, learn strategies and skills to ensure they perform at their best, and be ready to take flight in meaningful roles leading and managing your practice.
Chrysalis is much more than a soft skills CPD or feel-good experience. Your team members will develop leadership skills that will change the course of their professional and personal lives. In this three and a half day immersive experience, we combine the best teachings of the Australian Graduate School of Management MBA program, The Royal Military College Duntroon officer training school and many years of operational experience both in the corporate sector and private practice. 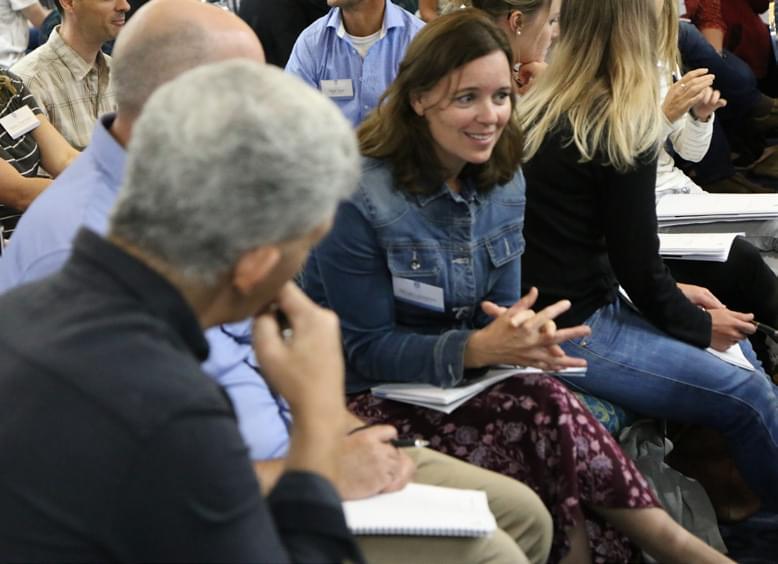 Attendees will emerge from this experience able to effectively 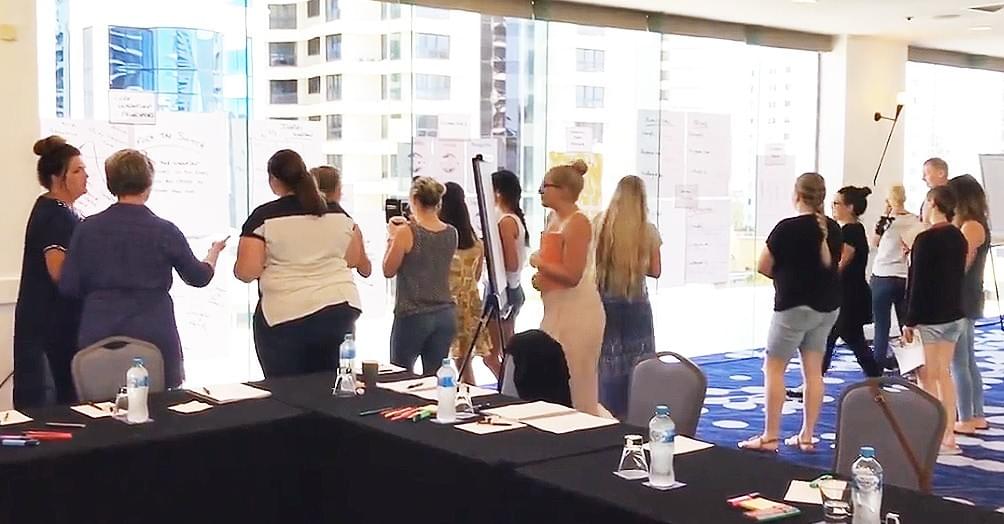 Our Chrysalis program will deliver on
these outcomes in 6 ways
TRANSFORMATION
We need to change your future leaders’ environment to encourage new thinking. This will take place over 3.5 days of ‘off-site’ training in the Gold Coast led by Paul Ainsworth.
Implementation:
Knowledge itself has little power – effectively implementing knowledge is the key. Lincoln will enable this throughout the training with 3 months of group coaching.
TIMe
Lincoln will get the transformation underway in a week. You will see an immediate uplift in their engagement and productivity on their return and a subsequent lift across the entire team whilst Lincoln holds your leaders accountable.
ACcountability
Your Future leaders will live and breathe accountability (if they don’t already) and they’ll know how to hold everyone else in your team to account. Lincoln is accountable to ensure that the future leaders return to their practices and implement change.
community
The cohort of 24, non-competing, like minded Future leaders will support each other to grow for a long time after the program has completed.
financial
The investment in the program is outlined below. The Return on Investment is immeasurable in terms of increased engagement, retention, confidence, skill, knowledge, the capacity to get the most from team members and the pipeline of dedicated future leaders for your practice.
Please complete each section of this form to
express your interest in the Chrysalis Program
or call us on (+61) 0447 664 716
Yes I'M INTERESTED! THIS EVENT IS LIMITED TO 18 PARTICIPANTS PER GROUP
Registrations will be taken up until 6 weeks before the event unless sold out prior to that date - as the last few groups filled very rapidly our advice is to waste no time in getting in touch.
Investment: (Price Per Attendee)
Pay in full up-front and save!
$4095 +GST
(or 4 X monthly installments of $1174.50 +GST)

For 3+ attendees:
Please contact us for how a further
discount may apply for additional team member attendance  booked at the same time.

Who should apply:
Chrysalis is a program ideally suited to those key individuals in your team who you would like to develop for a leadership role and those already engaged in a role where they are responsible for leading others. This program is specifically tailored to suit aspiring or existing:
what's included:
“Your transformed people will form an effective leadership team, working alongside like-minded practitioners at a
high performing level enabling the practice principal/s to take a step back without fear or guilt and in the
knowledge, that the practice is setup for success”.
Yes, I’d like to speak with a Chrysalis Expert to learn more! THIS EVENT IS LIMITED TO 18 PARTICIPANTS PER GROUP
- What is the Lincoln Institute? -
The Lincoln Institute is a boutique leadership development company providing training and education to small and medium businesses in dental, veterinary and other allied health sectors. In an increasingly challenging marketplace, Lincoln specializes in supporting business leaders and teams to gain a competitive edge for your organisation.
Lincoln’s unique, cutting-edge programs will directly impact your business through higher levels of accountability, staff engagement, productivity and reduced departure rates. Business owners will enjoy improved financial returns, reduced management load and far less stress in leading your organisation the Lincoln way.
- About the Chysalis Facilitators - 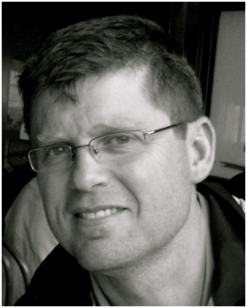 Paul Ainsworth MBA (Exec),
BSc, Dip HR Director, Lincoln Institute
Paul Ainsworth, the founding director of the Lincoln Institute, is a highly sought after executive coach, facilitator and key note presenter with a focus on stimulating organisational team and individual leadership potential. Paul is a graduate of the Australian Defence Force Academy, University of New South Wales, the Royal Military College Duntroon and was awarded the prestigious Sasakawa Leadership Scholarship by the Australian Graduate School of Management’s Executive MBA program.
As an infantry officer Paul has seen international service in 5 foreign countries, has safely lead teams out of crossfire, negotiated the release of hostages, re- opened international borders that had been closed due to hostile acts and provided humanitarian relief to communities suffering oppression.
On resigning his commission, he was appointed Director of Property at ALDI Foods where he oversaw the roll-out of a large number of supermarkets. His appointment as their first Director in Australia ensured his place in establishing the culture of one of the world’s largest food retailers.
Paul has served as the CEO and Board Chairman of Australia’s fastest growing company (BRW Fast 100) in 2013 after an approach by the board to ‘lead a substantial change’. Paul’s capacity to lead this change in a highly competitive and complex market (electricity sector) is testimony to his ability to ‘walk the leadership talk’. 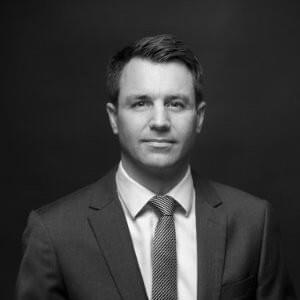 His natural curiosity and flexible - but results driven approach ensures the right ‘fit’ to whatever group or individual he is working with.

He has been facilitating and developing programs for entities such as Coles, The Just Group and ANZ, where he utilises his commercial experience and inquisitive nature to assist clients to build greater self-awareness and make tangible positive behavioural change.

As a Certified Organisational Coach and PSYCH-K Facilitator, Mark guides individuals and groups to strengthen their effectiveness at managing the challenges and opportunities that personal and professional life offers.

Using a collaborative and results orientated process, he is able to support career management, performance development and the growth of sustainable relationships at all levels.

- Here’s what your colleagues are saying
about the Lincoln Instiitute -
“I found the Lincoln institute leadership course a fantastic experience. The facilitator was great and it was great getting to learn with people from another industry. My favourite part was identifying the competencies of an ideal team member in each role within the practice…. Your event was better than any dental specific events.”
Dr. Steve Dudgeon
Partner
“Paul and the Lincoln institute deliver a personal and informative insight into leadership that will benefit my role as the team leader within the practice. The strategies covered will help to build a more cohesive team that will in the long run increase the practice turnover and most importantly my enjoyment at work.”
Anna Hamlin
Practice Manager
“I thoroughly enjoyed the workshop….. I took away some good leadership skills that I can utilise in my day to day running of our practice. They covered some great topics over the two days and I felt very comfortable asking questions.”
Jenna Rafton
Practice Manager
“This seminar provided some excellent information about Leadership as it pertains to running our team. It gave an excellent approach to how to motivate staff so that everyone can work as a complete team. The Advice on hiring the right team member was also invaluable.”
Dr. Tony Bagshaw
Partner
© Lincoln Institute 2018. All Rights Reserved.